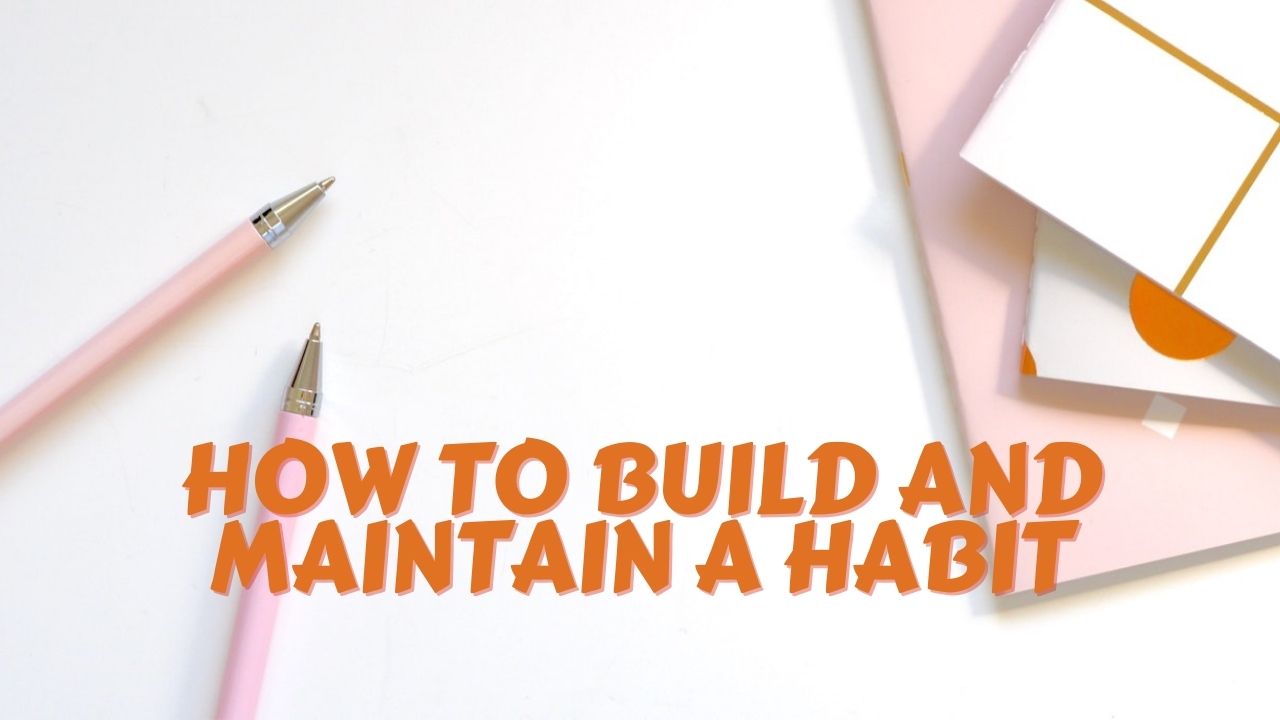 How To Build and Maintain A Habit

What are the essential elements of building and maintaining good habits?

There are all sorts of myths about how long it takes to build a new habit.

The truth is, there is nothing about time passing that magically forms a habit.

Habits are created based on repetition and frequency, not by the clock ticking.

How long does it take to build a new habit?

The honest answer to “How long does it take to build a habit?” is: forever because once you’ve stopped doing it, it is no longer a habit.

Habits are not a finish line to be crossed, they’re a lifestyle to be lived.

These ideas are built in the best-selling book, Atomic Habits.

What habit to build?

It’s the most important decision you will make.

Pick the right habit and progress is easy.

Pick the wrong habit and life is a struggle.

It is much more important to work on the right habit than it is to work really hard.

The alternative is to build what I call “identity-based habits” and start by focusing on who we wish to become, not what we want to achieve. (Chapter 2 of Atomic Habits.)

Anyone can convince themselves to practice yoga or meditation once or twice, but if you don’t shift the belief behind the behavior, then it becomes hard to stick with long-term changes.

Improvements are only temporary until they become part of who you are.

The goal is not to get straight A’s, the goal is to become a person who studies every day.

The goal is not to finish a painting, the goal is to become an artist.

The goal is not to win the game or competition, the goal is to become a person who practices every day.

The ultimate form of intrinsic motivation is when a habit becomes part of your identity.

It’s one thing to say “I’m the type of person who wants this.”

It’s something very different to say “I’m the type of person who is this.”

Where does it come from your identity?

Your identity emerges out of your habits.

And the more you reinforce the identity, the more natural it will feel to repeat the behavior.

Every action you take is a vote for the type of person you wish to become. (Atomic Habits)

Each habit is like a suggestion: “Hey, maybe this is who I am.”

No single instance will transform your beliefs, but as the votes build up, so does the evidence of your new identity.

And when your behavior and your identity are fully aligned, you are no longer pursuing behavior change.

You are simply acting like the type of person you already believe yourself to be.

Once you have a handle on the type of person you want to be, you can begin taking small steps to reinforce your desired identity.

Here are some more examples of linking your habits to your desired identity:

If you want to write a book, you should focus on becoming the type of person who writes every day.

If you want to learn a new language, you should focus on becoming the type of person who studies every day.

If you want to retire early, you should focus on becoming the type of person who saves money every month.

The focus should always be on becoming that type of person, not getting a particular outcome.

In the beginning, it is far more important to cast small votes for your desired identity than to worry about a particular result.

Your habits reshape your identity in a gradual way.

You can rarely tell a difference between who you were yesterday and who you are today.

But with each rep, with each vote cast, your internal story begins to shift.

The habits you repeat every day largely determine your health, wealth, and happiness.

Build the habit of working out three times per week, and you can get in the best shape of your life.

Build the habit of saving $100 per month, and your savings can compound into a nest egg that gives you freedom and peace of mind.

Build a gratitude or meditation habit, and you can handle whatever life throws at you with a clear mind and a positive attitude.

Knowing how to change your habits means knowing how to confidently own and manage your days, focus on the behaviors that have the highest impact, and reverse-engineer the life you want.

Engine Fuel to
Your Profit Vehicle